This was caused by a fall in retail and trade demand due to the Covid-19 crisis, according to cap hpi.

It was a month of two-halves with trade values tracking at a -0.3% from the previous month on Friday 13 March.

However, there was a dramatic effect on used car prices from Monday 16 March as demand fell.

The total cumulative Live movement during March, leading to April’s monthly values, was an average drop of 2.2% (-£275) at the three-year, 60,000-mile point, the majority of which happened in the final 10-days of valuing.

Derren Martin, head of valuations UK at cap hpi said: “As you would expect, all of the main sectors have been affected by this decrease in values.

“Rest assured, the movements that have been made in March have been reflective and not an over-reaction to feedback or industry ‘noise’.

“We are aware of reductions by some online car purchasing sites and some remarketers, but our adjustments have been purely as a result of used car transactional data.”

Cap hpi expects that in the short-term both used and new car sold volumes will reduce dramatically, as the industry has already witnessed in the immediate aftermath of the country lockdown.

He added: “We will be analysing the data as always, but not adjusting used values while there is insufficient data. In effect, if vehicles are not selling in quantities anywhere close to normal, we will not be adjusting.

“No overall market adjustments will be made based on historical data or opinion; outliers and unrepresentative sample sizes will not be reflected. We will be closely tracking retail volumes and prices, but not adjusting any trade values from these.

“We feel this is the sensible approach in these unprecedented times – we always have a duty to reflect the market, but at present, there is not enough of a market to do so accurately.”

Specialist property advisors to the Automotive, Petroleum and Roadside sectors throughout the UK.

Latest News
Used car values slide -2.2% in March amid coronavirus restrictions
Overall used car values fell 2.2% in March. This was caused by a fall in retail and trade demand due to the Covid-19 crisis, according to cap hpi. It was a month of two-halves with trade values tracking at a -0.3% from the previous month on Friday 13 March. However, there was a dramatic effect on […]
READ MORE 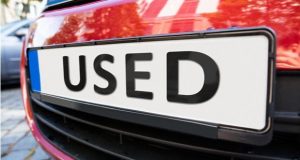 Latest News
“Slower demand” drives UK car manufacturing decline in February
UK car manufacturing fell -0.8% in February, with 122,171 vehicles produced in the month. This represents a loss of just over 1,000 units compared with February 2019. The SMMT has said that the decline was driven by slower demand in some key global export markets. In February global shipments fell -3.1% to just short of 95,000 units. […]
READ MORE 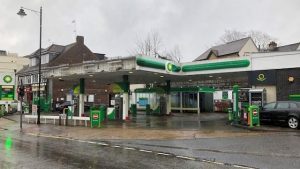 Latest News
Fast-growing Top 50 Indie Ascona adds forecourt to estate
Fast-growing Top 50 Indie Ascona has added another acquisition to its estate. It has bought the lease of Dorking BP Service Station for an undisclosed sum from husband and wife Mike and Kim Prior, who were looking to retire. The forecourt has four fuel pumps and facilities include a car wash and ATM, and there […]
READ MORE
We use cookies to ensure that we give you the best experience on our website. If you continue to use this site we will assume that you are happy with it.OkPrivacy policy